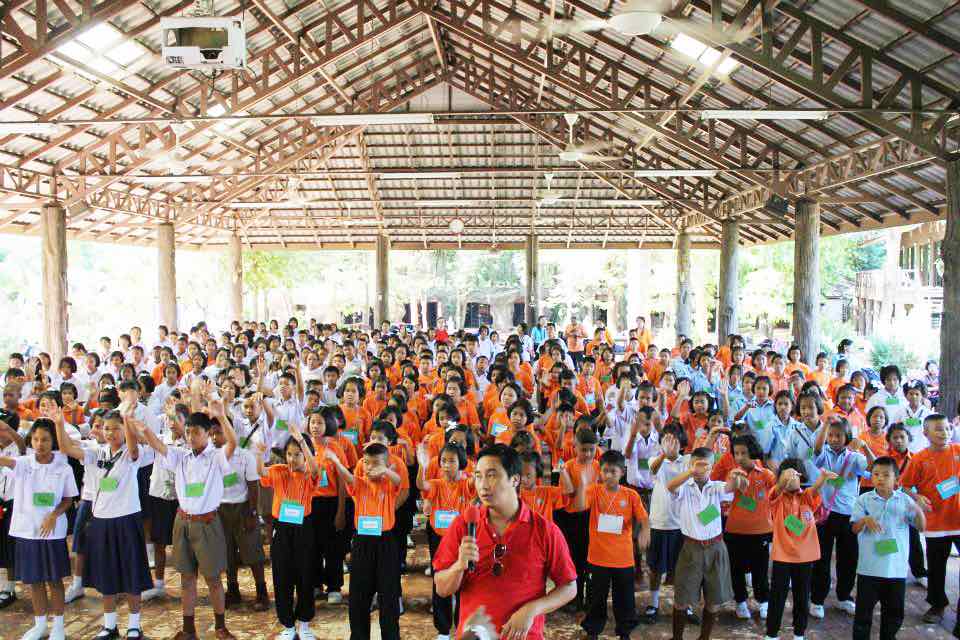 Khorat is the largest city in the Isaan region of North East Thailand. Isaan is the poorest region of Thialand, most people live off the land by farming rice. Agriculture is seasonal work, causing great unemployment during the rest of the year. Many young people leave the country side and head for the cities in search of financial security.

Many girls get married young, and as their marriage ends they are left the sole caretakers of their children and aging parents. They are faced with a heavy financial responsibility and with very little education and work experience they see only one solution; to go to Pattaya and find a foreign husband. Often the girls do not know what awaits them. They are shocked to find prostitution and an expectation on them to sell their bodies. The truth of the work in Pattaya is never openly discussed.

The problem in Pattaya persists because girls keep coming in desperation to help their families survive. Since, 2007 Tamar Korat has been leading outreaches to the villages of the women they help in Pattaya. The women serve as bridge to making connections with the villages. However, with Tamar Center helping an increasing number of women, and the overwhelming response in Isaan, Tamar decided to open a center in Khorat.

Villages are our first and primary ministry target. Women and children in villages are the groups most at risk: neglected and driven by poverty they are most likely to be exploited . Therefore, prevention work in the villages is our first priority.

With some of the poorest families we show Jesus' love by doing something to make their life better. Therefore in 2013 we did a catfish project together with a family in the Non Tae Surin village. The idea of the project is to help struggling families, especially widows, gain a new source of income from raising catfish. We helped build the pools and provided 500 small cat fish to start off the farming.

In 2014 we have added three more projects with families in other villages.
1. A mobile fruit shop
2. Upgraded a small shop
3. Frogs and Chicken farming

As we developed our village ministry we came to see the need in schools.

The schools in the cities also have so many children and teens at risk. We met with people in the Education Department which opened the way for us to enter the schools through English Camps. We would hold English camps at different schools and along with the language we teach the children about their identity and self value.

Along with prevention work Tamar Korat does ministry among the women already involved in the sex industry.

Every Saturday our team goes for ministry to a street near the statue of Yamo, the female protector of Korat city. This is the most popular tourist attraction and meeting spot in Korat. The statue is surrounded by worshipers at all times. With so many people around, this is also the place where many of the city's prostitutes gather. Our female members talk with the women, invite them for our English classes and pray for them if they so allow.

The Tamar Cafe is our newest ministry project started in May 2014. Our vision is that the cafe would offer an alternate job for the women we have met on the street wishing for a fresh start, as well to girls at risk of getting involved in the industry.

The cafe also works as the headquarters of our free English center. It is a safe place for young people to hang out and offers a chance to practice English.